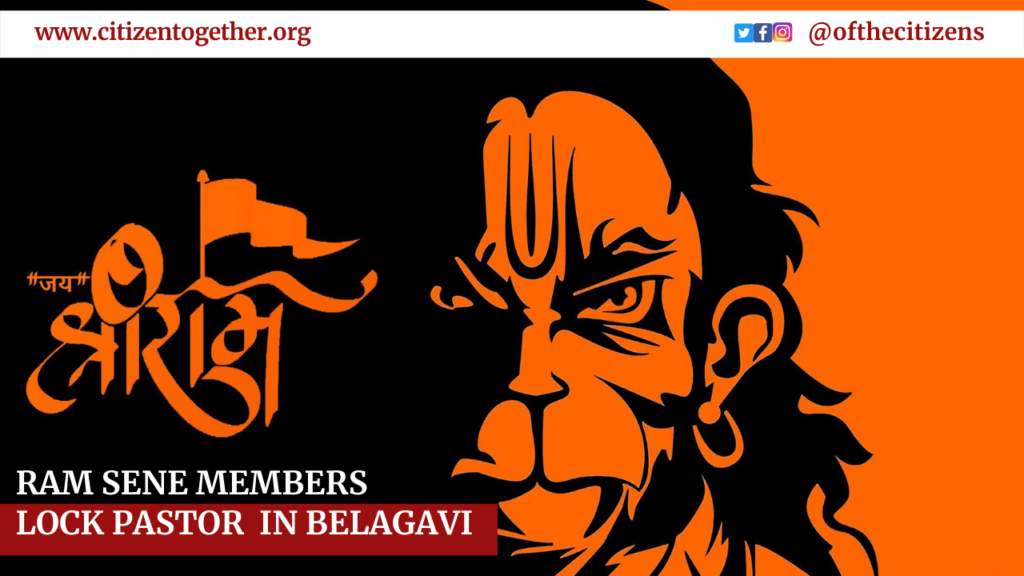 Tension prevailed in Maratha Colony in Karnataka’s Belagavi district on Sunday, November 7, after Hindutva activists, reportedly belonging to the Sri Ram Sene, laid siege to a community hall alleging mass religious conversion. The protesters claimed that as many as 200 people, including women and children from rural backgrounds, were put up in the building on the pretext of mass prayers for the purpose of religious conversion.