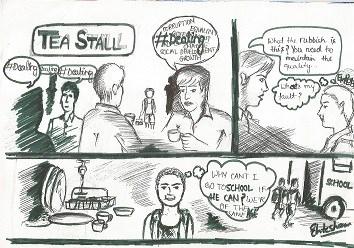 “Child-Labor is illegal, during my term as the Provost of RM Hall, I had clearly stated the canteen’s owner that no child should work in the canteen. But he ditched our agreement.
Child-Labor is unethical and illegal and at any cost if it is done, it is not acceptable.”
-SM Javed Akhtar (Finance Officer, AMU)

0 thoughts on “AMU; Its canteens and an abuse”