Around 7 kms from the Aligarh Muslim University lays an isolated village Mirzapur Siya. Even though it is just a 20 minute drive from the main University the place seems to be an isolated island. 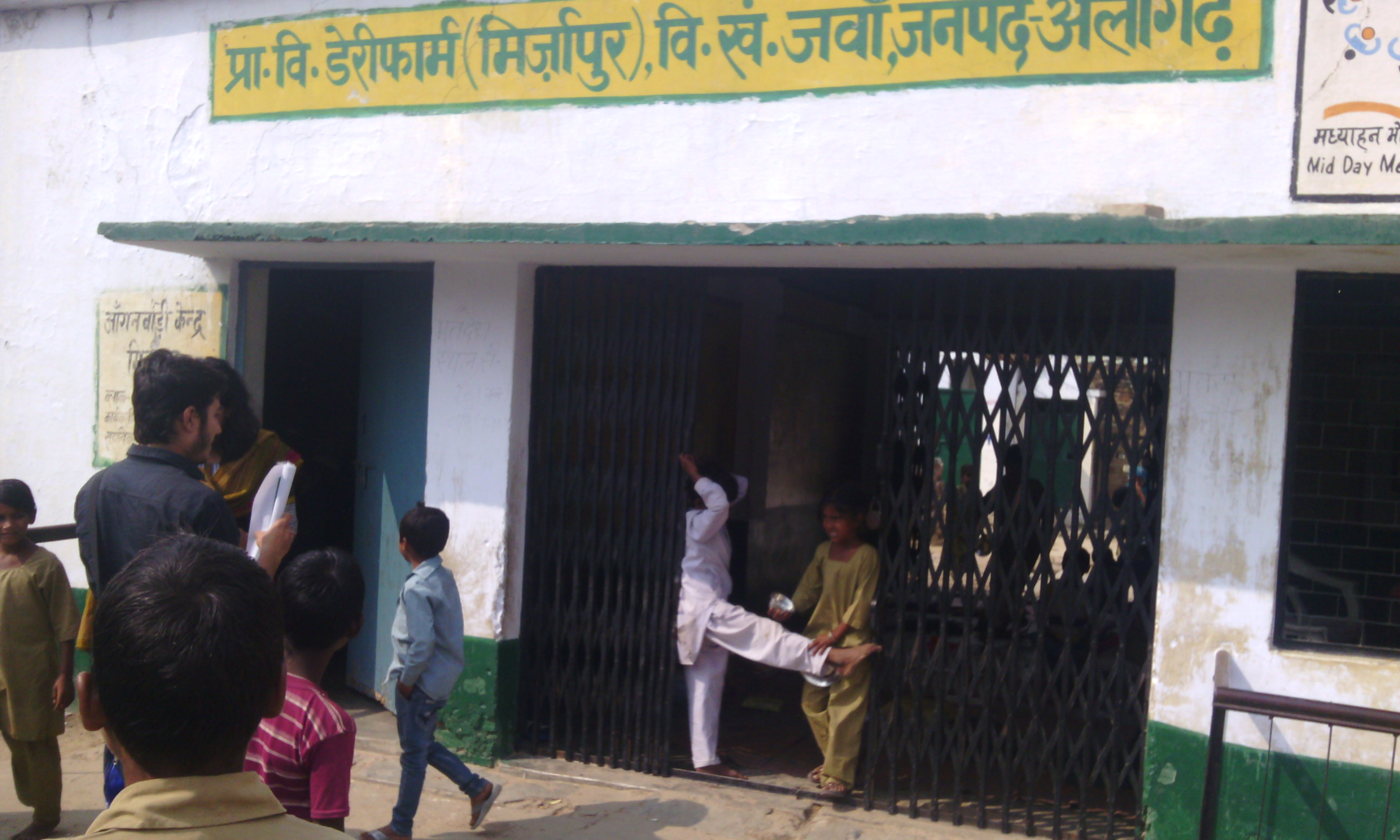 During the session at Mirzapur Government school premises attended by around 60 villagers, Dr Akeel-ur-rehman asked firmly about their problems.

Among the problems, there are a large number of students who enroll themselves in the school but hardly attend them. At present there are 245 children enrolled in the school. They enroll just for the sake of free uniform and scholarships. There are no schools after class 8, hardly any boy or girl studies after that. The funds provided to Aanganbadi lady for the meals for of small kids which are 45 in numbers is Rs 2625/- per month only. Also the funds hardly come for 3-4 months in a year. Girls drop their education and get into household chores because according to them that I what they need for their future lives. The boys, after their class 8 get into the work which usually is a job at the meat house or of a milkman. The women are not allowed to work outside (not even in the fields). Shanti Devi, the Aanganwadi of the village reported that parents don’t send their children to school. They are not at all serious on this issue.

Another important problem of this village is the lack of medical facilities. There is no doctor in the village. There is a major part of the village that doesn’t allow their children to get vaccinated. Polio drops is believed to be toxic by many families. Even a part of them believes that it induces infertility. The junior school has about 35 children ranging from 3 years to 6 years. They all study together in a room. No specific class divisions have been done.

STATISTICS AT A GLANCE:

As reported by Shanti Devi, the village Aanganwadi –