This is the transcript of Ambedkar’s conversation with Gandhi on August 14, 1931 at Manibhavan, Malabar Hill, Bombay

GANDHI: Well, Doctor, what have you to say in the matter?

AMBEDKAR: You called me to hear your views. Please tell me what you have to say. Or you may please ask me some questions and I shall answer.

GANDHI: I understand that you have got some grievances against me and the Congress. I may tell you that I have been thinking over the problem of Untouchables ever since my school days–when you were not even born. You may perhaps be knowing what enormous amount of efforts I had put in to incorporate this problem in the programme of the Congress and make it a plank of the Congress platform. The Congress leaders opposed it on the plea that it was a religious and social question and as such it should not be mixed with political ones. This is not all. The Congress has spent not less than rupees twenty lakhs on the uplift of the Untouchables. And it is really surprising that men like you should offer opposition to me and to the Congress. If you have to say anything to justify your stand, you are free to do so.

AMBEDKAR: It is true, Mahatmaji, that you started to think about the problem of Untouchables before I was born. All old and elderly persons always like to emphasize the point of age. It is also true that because of you the Congress Party gave recognition to the problem. But let me tell you frankly that Congress did nothing beyond giving formal recognition to this problem. You say the Congress spent more than rupees twenty lakhs on the uplift of the Untouchables. I say it was all waste. With such a backing I could have effected an astounding change in the outlook and economic conditions of my people. And in that event it would have been imperative for you to see me long before. But I tell you that the Congress is not sincere about its professions. Had it been sincere, it would have surely made the removal of untouchability a condition, like the wearing of khaddar, for becoming a member of the Congress. No person who did not employ untouchable women or men in his house, or rear up an untouchable student, or take food at home with an untouchable student at least once a week, should have been allowed to be a member of the Congress. Had there been such a condition, you could have avoided the ridiculous sight where the President of the District Congress Committee was seen opposing the temple entry of the Untouchables!

You might say that Congress wanted [=lacked] strength, and therefore it was unwise to lay down such a condition. Then my point is that Congress cares more for strength than for principles. This is my charge against you and the Congress. You say the British Government does not show a change of heart. I also say that the Hindus have not shown a change of heart in regard to our problem, and so long as they remain adamant, we would believe neither the Congress nor the Hindus. We believe in self-help and self-respect. We are not prepared to have faith in great leaders and Mahatmas. Let me be brutally frank about it. History tells that Mahatmas, like fleeting phantoms, raise dust, but raise no level. Why should the congressmen oppose our movement and dub me a traitor?

Gandhiji, I have no homeland.

GANDHI: You have got a homeland, and from the reports that have reached me of your work at the Round Table Conference, I know you are a patriot of sterling worth.

AMBEDKAR: You say I have got a homeland, but still I repeat that I am without it. How can I call this land my own homeland and this religion my own, wherein we are treated worse than cats and dogs, wherein we cannot get water to drink? No self-respecting Untouchable worth the name will be proud of this land. The injustice and sufferings inflicted upon us by this land are so enormous that if knowingly or unknowingly we fall a prey to disloyalty to this country, the responsibility for that act would be solely hers. I do not feel sorry for being branded as a traitor; for the responsibilities of our action lie with the land that dubs me a traitor. If at all I have rendered any national service as you say, helpful or beneficial, to the patriotic cause of this country, it is due to my unsullied conscience and not due to any patriotic feelings in me. If in my endeavour to secure human rights for my people, who have been trampled upon in this country for ages, I do any disservice to this country, it would not be a sin; and if any harm does not come to this country through my action, it may be due to my conscience. Owing to the promptings of my conscience, I have been striving to win human rights for my people without meaning or doing any harm to this country.

Everybody knows that the Muslims and the Sikhs are socially, politically, and economically more advanced than the Untouchables. The first session of the Round Table Conference has given political recognition to the Muslim demands and has recommended political safeguards for them. The Congress has agreed to their demands. The first session has also given recognition to the political rights of the Depressed Classes and has recommended for them political safeguards and adequate representation. According to us that is beneficial to the Depressed Classes. What is your opinion?

GANDHI: I am against the political separation of the Untouchables from the Hindus. That would be absolutely suicidal.

AMBEDKAR: I thank you for your frank opinion. It is good that I know now where we stand as regards this vital problem. I take leave of you. 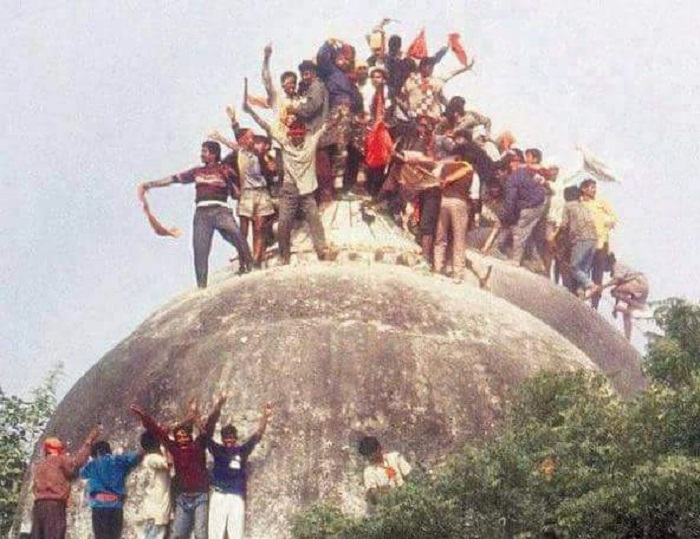